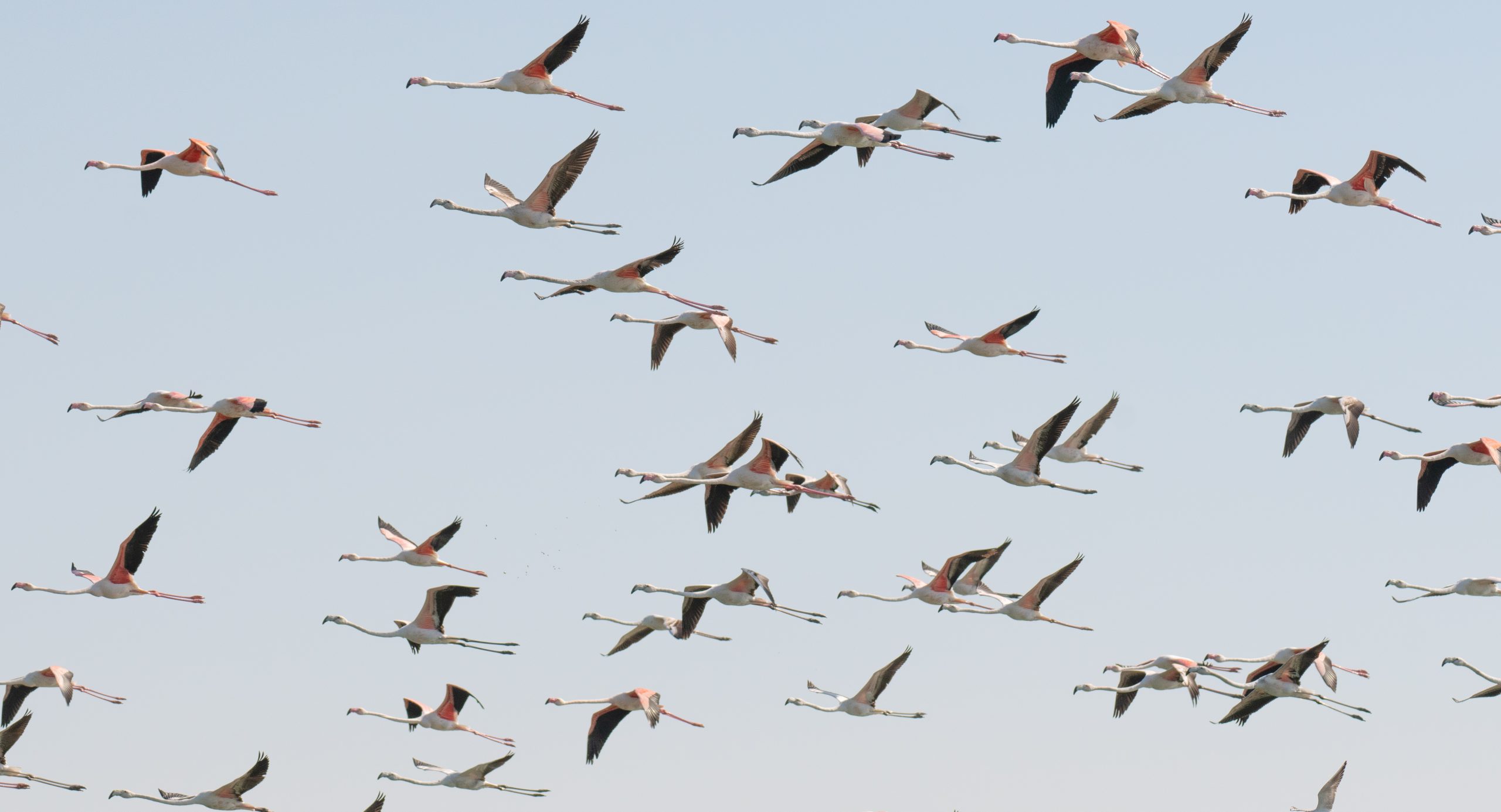 The State of Qatar is a permanent home to nearly 300 species of birds, which makes it an important journey stop for migratory birds flying hundreds and thousands of kilometers, to find the best habitats available to feed and raise their hatchlings and newborns.

The long coastline provides shelter for various types of birds, as many types of birds cross the country twice a year on their migratory route, especially with the spread of areas, wetlands, farms, parks and gardens, which greatly increased the number of birds visiting the country.

While migratory birds are concentrated in Qatar in a number of places, the most important of which are Al-Dhakhira, Al Aaliya Island, Sharaawh Island, and Khor Al-Udeid inlet. Outside the breeding season, the beaches receive large numbers of Socotra cormorants, beach birds, seagulls and sea swallows, while waterfowl species are seen on the moist interior lands with fresh water.

Some species breed on islands far from the shore, such as the endangered Socotra cormorant, water egret, and many species of terns or sea swallows.

Among the migratory birds that can be seen in Qatar, Merops are a wonderful colorful bird that arrive in the region in the months of September and March and rest for a week before completing their journey. Other birds include flamingos, hawks, plovers, larks and other migratory birds.

As for the birds that live in Qatar, there are large groups of green parrots, all of which are descended from birds that escaped from captivity, while the sizes of birds in the country range from small, like bulbul birds, to huge, like ostriches.

At the top of the list of Qatar’s birds in terms of fame and importance is the Houbara bustard, which is the main prey for falcons, and lives in arid plains, steppes and semi-desert areas with open or scattered and short vegetation. It is technically the only bird of its kind that loves to live in desert areas and adapts to them very quickly.

Osprey, known as the sea hawk, spreads in many coastal areas, and some of them nest on tall buildings in Doha. Their nests on small islands far from the shore are large, as they return and stretch the same nest year after year.