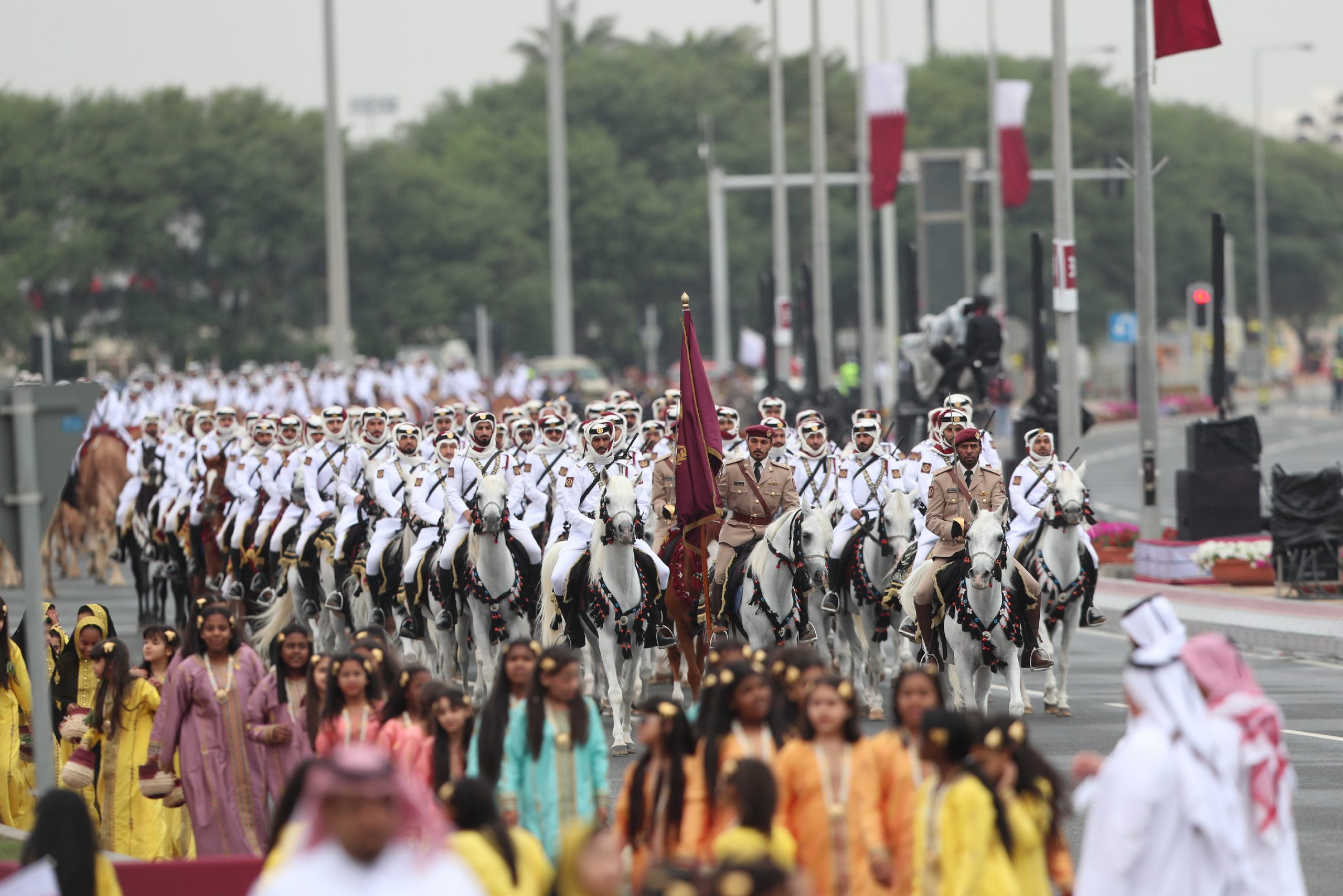 Qatar National Day is a national commemoration of Qatar’s unification by the founder, Sheikh Jassim bin Mohammed bin Thani. It took place on 18 December of the year 1878. Sheikh Jassim established the rules of the modern State of Qatar. In his reign, Qatar became a unified cohesive entity, and a united independent country. It was decided to consider this day of every year an official holiday prior to decree No. (11) in 2007, issued by His Highness Sheikh Tamim Bin Hamad Al-Thani, the Crown Prince and Heir Apparent then on 21 June 2007. Qatar National Day is an opportunity to introduce the effort of the founders of the State of Qatar who endured hardships and paid a heavy price for the unity of their nation. This special day is also to celebrate the founders’ historic accomplishments which confirm the identity of the state and its history. It also represents the ideals and aspirations embraced by the state to strengthen unity and honor of the national Qatari identity. The day of 18 December is the day of celebrating the memorable moment when Qatar could achieve its national unity and became a special state. This day is also an expression of feeling the love, pride, and gratitude to the great people of Qatar, who took part in the solidarity and swore an oath of loyalty and obedience to their leader, Sheikh Jassim bin Mohammed bin Thani. In December, a variety of celebrations and events are held to introduce the heritage of Qatar, and to appreciate the genuine customs and traditions of the Qatari community enhancing the pride for the state. The National Path is one of the celebrations. It falls on 18 December and takes place in Doha Corniche in the presence of His Excellency the Emir - may God protect him - and a large gathering of ministers, dignitaries, citizens and residents. This celebration ends with launching fireworks that illuminates the night sky of Doha of that day. Moreover, “Darb Al-Saai Events”, which are related to the heritage events. They are held during the month of December in accordance with the genuine Qatari customs and traditions inherited by the ancestors, which are to be taught to the new generation, and to all residents living on the land of the State of Qatar.