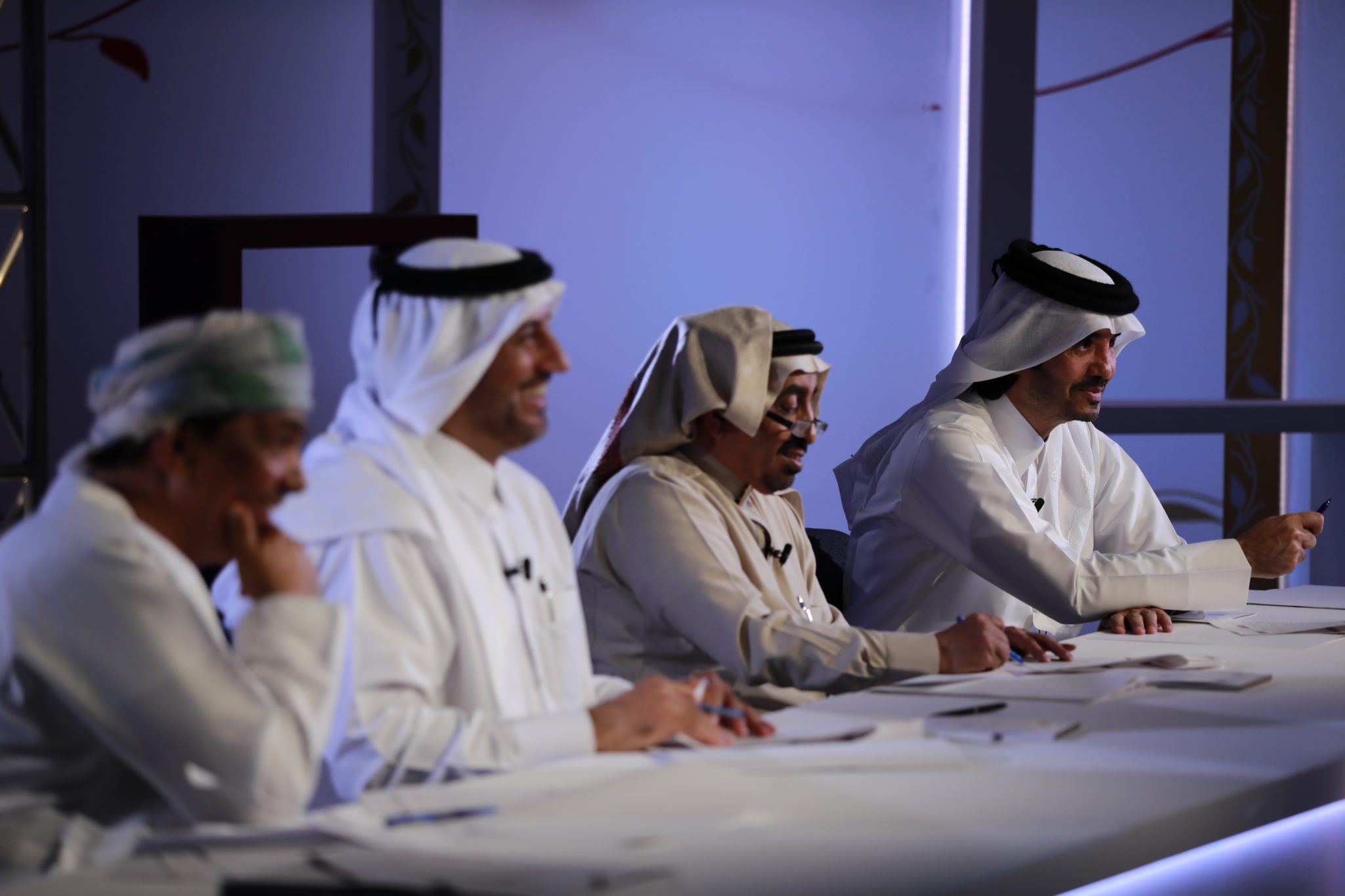 The awarding Committee of “Diwan Al-Adam” announced the names of poets who qualified for the 24th stage, following the end of the committee’s interviews for the poets who qualified for the fiftieth stage which continued over five days. Poets who qualified for the 24th stage were distributed into three groups. The first included the poets: Hamad Al Fatoor, Muhammad Al-Majdour, Masoud Al Shaafoul, Muhammad bin Saeedan, Saad bin Wessam, Abdullah Al-Maksour Al-Marri, Abdul-Hadi Saif Al-Hajri and Salem Al-Houl. As for the second group, it included the poets: Hamad Al-Hawl, Hamad Al-Fuzira, Radhi Al-Hajri, Saeed Al-Dahabib, Adel Abdullah, Abdullah Saeed Al-Ziyouh, Ali Bin Ahmed and Nasser Al-Wabeer. The third group included the poets: Bakheet Al-Baridi, Butti Al Hababi, Jaber Al-Nashera, Rashid Bin Madghash Al-Hajri, Salem Bin Luqman, Obaid Al-Jarallah, Ali Al-Subaih and Anan Al-Dahabib. For his part, writer Ali Al-Masoudi, a member of the Awarding Committee for the Diwan Al-Adam event, said that after the completion of the fiftieth stage, it will be followed by the 24th. He described the fiftieth stage as “a very rich experience, thriving with social values, and constituted a qualitative shift in the idea of dealing with poetry, returning it to the path of righteousness, after drifting to areas not suitable for poetry.” Al-Masoudi commended the efforts of the Qatar Center for Cultural and Heritage Events and the Qatar Poetry Center, “Diwan al-Arab”, in organizing this event under the umbrella of the Ministry of Culture and Sports, to restore poetry to the correct approach, giving poetry its value. “Poetry is the highest rank of literature, as Muawiyah bin Abi Sufyan said. It is the Arabs’ Diwan which deserves to be honored and revered. It contains many feats, history and sublime language, and as mentioned in tradition, «Teach your children poetry, as it contains morals and magnanimity, and deserves all the effort». The 24th stage will see the qualification of 10 poets to the stage of 10, all the way to the Golden Square. It is noteworthy that the event is supervised by the Ministry of Culture and Sports and organized by the Qatar Center for Cultural and Heritage Events and “Diwan al-Arab”.